GunAlert Looks to Help Race Fans Protect the Ones They Love 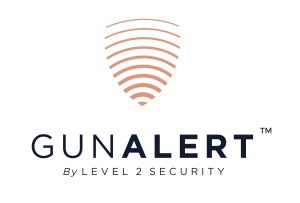 DAYTONA BEACH, Fla. (February 14, 2022) – Level 2 Security LLC, a company focused on gun safety, looks to help race fans protect the ones they love through a new partnership with Mike Skinner “The Gunslinger” and the Skinner Round-Up brand. Their new product GunAlert™ is a device with an easy-to-use mobile app that allows gun owners to track their gun’s exact location and monitor all movements, while providing an additional layer of security for the responsible gun owner.

“I’m looking forward to this partnership with GunAlert,” said Mike Skinner, 1995 NASCAR Camping World Truck Series Champion. “Safety has always been a priority for me. From safety in the race cars and trucks that I drive on the track, to working with key players in the sport on safety advancements and technology developments, to safety at home, it really is something that plays a role in my daily life. As a gun owner myself, I can’t say enough about GunAlert’s patented technology. To have them as a second layer of security with the ability to alert me to unauthorized movement of my firearms gives me a great peace of mind.”

The partnership will give GunAlert a presence on the Skinners’ SiriusXM NASCAR Radio show, Skinner Round-Up, and also incorporate them into their YouTube Series RV Round-Up.

With their radio show slowing down as the race season picks up, the Skinners partnered with David Gilliland Racing and driver Tanner Gray to kick off the GunAlert partnership this coming weekend at Daytona International Speedway. GunAlert will be featured on the No. 15 Ford of Tanner Gray for Friday’s NextEra Energy 250 as the NASCAR Camping World Truck Series starts their 2022 campaign.

“We’re thrilled to partner with the Gunslinger, the Skinner Round-Up brand and Tanner Gray as we kick off this partnership and start sharing our message with the NASCAR fan base. NASCAR is all about family, and one of the most important things you can do for your family is ‘protect the ones you love.’ That’s not only our motto at GunAlert, it’s something we work hard to do every day as we use technology to improve gun safety, increase security and give peace of mind to gun owners,” said Rob Adams, CEO of Level 2 Security.

GunAlert, by Level 2 Security, is device controlled by a mobile app that helps gun owners monitor the location of their firearms. It alerts users as soon as their firearm is moved, and sends location updates every five minutes until the gun is recovered. A self-admitted “pro-gun” company, location data is encrypted and sent only to a user’s phone; it’s never stored on GunAlert’s servers and not available outside of the user’s registered mobile device.

“GunAlert was designed to be a second level of security for gun owners,” said Tom Lehn, COO of Level 2 Security. “We believe a responsible gun owner is always the first layer of security, but we’re there to back that up. We’re very pro-gun, but more than that, we’re pro-gun safety. We want the gun owner to feel comfortable using GunAlert and know that our primary purpose is to have their back. With GunAlert, the gun owner controls the information, nobody else. All location information is sent via a unique encryption key directly to the gun owner’s mobile device where it’s stored for a maximum of 30 days before being automatically deleted. It is never stored on GunAlert’s servers. When a gun owner decides to delete their location information—which they can do at any time—that record is permanently deleted and cannot be accessed by any other party.”

GunAlert is coming soon to a retailer near you. For more information, or to sign up to be alerted when the product is available in your area, visit MyGunAlert.com.