Connect with Angie on Social Media 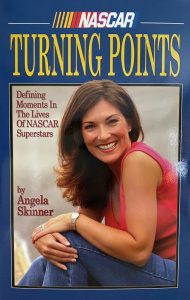 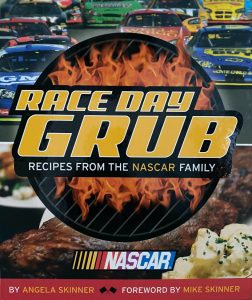 Angie Skinner is far from the typical driver’s wife. Since becoming involved in the NASCAR industry nearly 20 years ago, the Ohio native has done everything from negotiating contracts for NASCAR radio broadcasts to writing NASCAR-themed books, organizing countless successful charity events, and she has achieved all these goals while also playing a vital role in managing racers’ careers.

Bringing NASCAR race broadcasts to the FM dial at WHOK CBS Radio in Columbus, Ohio, proved to be the first step to big changes in both Skinner’s professional and personal life. After all, it is what led her to met her husband, NASCAR Truck Series Champion, Mike Skinner. She eventually left radio and was appointed VP of Business Operations at Mike Skinner Enterprises where she managed all facets of her husband’s career.

From there, she was able to establish herself as a trusted journalist, writing and publishing two books. In 2011, Skinner joined the SiriusXM NASCAR Radio family, first as co-host of Sirius Speedway and later on Skinner Round-Up.

Her resume includes consulting with nonprofits like Hope For The Warriors to guide their marketing and PR strategies, as well as managing the career of NASCAR veteran Ryan Newman.

Today, Skinner is busier than ever. Between her voiceover acting with Skinner 5 Media and joining her husband as cohost of Skinner Round-Up on SiriusXM NASCAR Radio, she’s still active within the business world. She serves on the Board of Directors and special committees for multiple charities and also runs her own company, Accelerated Communications Solutions, where she manages events, and builds branding and marketing solutions for companies and individuals in the US and abroad.