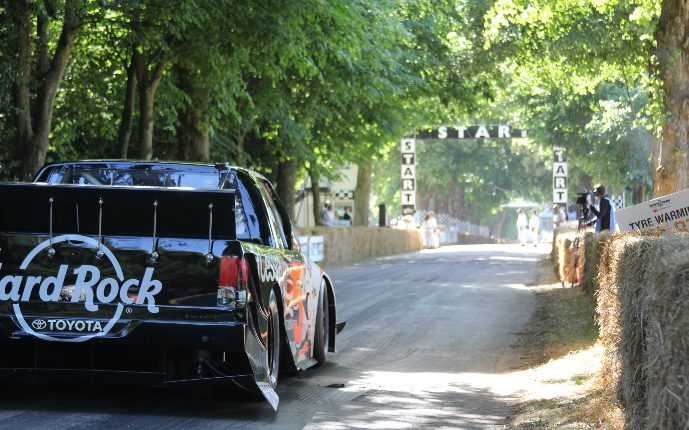 Mike Skinner “The Gunslinger” throws his Toyota Tundra up the hill in the 2017 Festival of Speed Shootout. With a 49.02-second run, Skinner won the NASCAR Class and earned the prestigious title of “Driver of the Day” for the third time in his eight Festival of Speed appearances.