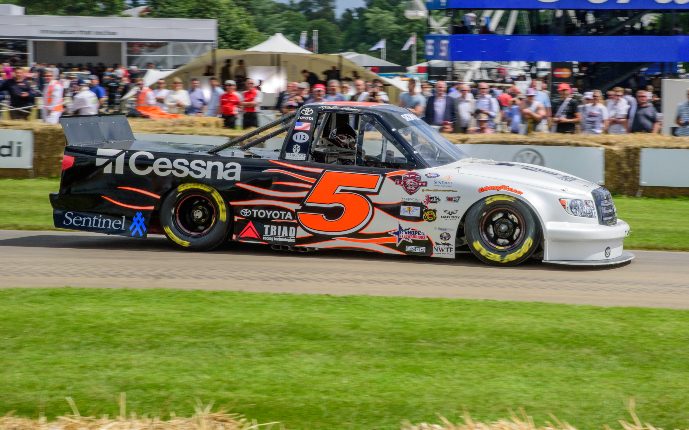 Mike Skinner returned to the 2016 Goodwood Festival of Speed to once again show off what a NASCAR Truck can do. In a weekend marred with inclement weather, Skinner emerged from the rain showers to record a 50.44-second run in the Shootout competition. The result not only won Skinner the NASCAR Class, but placed him third overall in a field filled with four-wheel drive, Pikes Peak-style hillclimb machines.