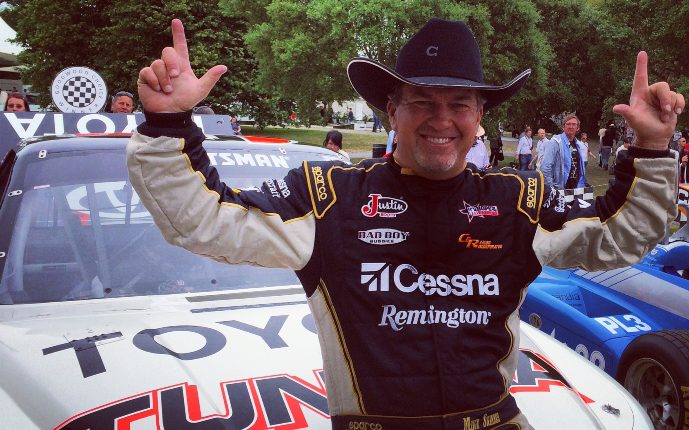 Mike Skinner returned to the 2015 Goodwood Festival of Speed and once again dominated the competition. After crashing his primary truck during a practice run, Skinner went on compete in the Shootout using his trusted “Truck 10” — the 10th Toyota chassis ever built, the first Toyota Truck to win a NASCAR race, and a truck that Skinner has raced in competition since 2005.

With a 50.22-second run, Skinner bettered a record that he set the previous year to win the NASCAR Class in a performance that earned Skinner the coveted “Driver Of The Day” award.